Share a memory
Obituary & Services
Tribute Wall
Donations
Read more about the life story of JUNE and share your memory.

June Marie Parham was born in Houston, Texas on June 29, 1939, to the parents of
Jessie Mae and Tom Flenory. The family moved to Oakland, California, when she
was a young girl and grew up attending the Oakland public schools. June accepted
Christ at an early age and was baptized in the Lutheran Church. While at school,
June met Ray Parham, her childhood sweetheart, whom she later married on
December 18, 1955, and to that union they had five children, Judith Ann, Penny Rae,
Cynthia Denise, Raymond Thomas, and Ian Orlando. June and Ray were a loving
and inseparable couple, until the Lord called Ray home May 11, 2009.
Although having a family early in life, June was determined to complete her
education and earned her GED, setting an example for her children. She never
stopped trying to improve herself and went on to begin her career working for the
food and hotel industries in various capacities for over 40 years. Even though June
was not raised in the south, she taught her children southern politeness and respect,
and insisted they excel in school studies. She loved her family, and they were always
her number one priority.
June loved listening to the music of the times and the children would often see her
and Ray listening to music and dancing; sometimes the children would dance with
them. It was a loving, happy, and fun household.
June lived in the Bay Area until her husband’s career working for the California Penal
system took the family first to Soledad, California, then later to San Quentin, and as
Ray continued to excel within the Penal System, the family was relocated back to
Soledad. After the passing of her husband, she remained in the family home, until
moving with her daughter Judy and husband Ben to Riverside, California. She joined
and became a lifetime member of the Janet Goeske Foundation Senior Center. June
enjoyed the fellowship and made many new acquaintances and friends. She
remained active at the center, until she went home to be with the Lord.
Preceding her in death were her parents Tom and Jessie, husband Ray, son, Ian
Orlando, son-in-law, Ken Call, and grandson, Everette Ball.
Left to cherish her passing are daughters Judy Wilson (Ben), Penny Call, Cynthia
Jackson, & son Raymond; grandchildren, Gwendolyn & Sable (Judy), Pamela,
Valarie, Leona, Joshua, Oni & Emma (Penny), Prentiss & Jennifer (Cynthia) &
Zachary (Ian), Jacoby “JJ” & Onyx (Joshua); great grandchildren, Kylene (Pamela),
Nate (Leona), Donovan & Dahlia (Sable), along with a host of other relatives and friends.

She will be missed by all who knew her.

Visitation will be Friday, January 20, 2023 from 4-7 pm in Sandals Church, Riverside, California.

To send flowers to the family or plant a tree in memory of JUNE MARIE (EVANS) PARHAM, please visit our floral store. 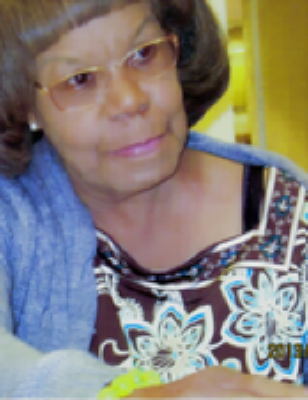