Share a memory
Obituary & Services
Tribute Wall
Donations
Read more about the life story of JAMES and share your memory.

Richard “Dick” Williams was born
September 21, 1956, in Oceanside, California, to
parents, Jim and Arlene Williams. Shortly after his
birth, the family moved to Middletown, Indiana, for
a short while before returning to San Bernardino,
California, where they made their home.
Growing up, Dick was a very active child. He played
football, baseball, and even competed in gymnastics.
As an adult, he found joy in hunting, fishing, and
golf. Some of his favorite activities included camping,
Jeeping, riding his motorcycle, off-roading in Glamis,
going to 66ers games, watching football games, and
hanging out with family and friends.
Dick was a proud member of the United States Air
Force. He was stationed in South Dakota, where
he was a Crew Chief of B-52s when Jimmy Carter
tried to rescue the hostages in Terran. He served from
December, 1980 to August, 1983.
After his time in the Air Force, Dick began working
for his father's construction company. From there, he
began his own carpentry business, eventually starting
his general construction company, VWC Builders, Inc.
In 1986, he met the love of his life, Christy, and in 1994,
they were married. On September 24, 2022, Dick and
Christy celebrated their 28th wedding anniversary.
As their marriage grew, so did their business, even
opening offices in Missouri and Arizona.

Together, they also became members of the Elks Fraternal
Organization in the Southeast District out of Moreno Valley
Lodge #2697, in which he was the ER (Exalted Ruler) from
2011 to 2012. He most recently served as Government
Relations Chairman for the Southeast District. Dick was a
proud member of the Elks and loved helping veterans and
children. He believed in what the Elks stand for.
Dick Williams passed away November 4, 2022, at 9:59 AM, due
to complications from diabetes. Dick had bounced between
the hospital and extended care facility for 11 months as doctors
desperately tried to help him.
Dick was preceded in death by his granddaughter, Izabella,
and is survived by his wife, Christy; daughter, Melissa;
grandchildren, Joe, Jesse, Emily and Fidel; sister, Brandi (Todd);
nieces, Kristina (Ben), Kari & Brianna; nephew, Tyler; his
puppies, and countless friends.

To send flowers to the family or plant a tree in memory of JAMES RICHARD WILLIAMS, please visit our floral store. 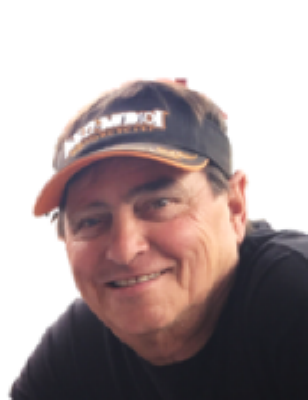