Share a memory
Obituary & Services
Tribute Wall
Donations
Read more about the life story of ERNEST and share your memory.

Ernest Francis Hautala departed this world on Tuesday morning, January 10, 2023, at the age of 91. He was born on November 4, 1931 to Ernest Wayne and Frances Kucler Hautala in Eveleth, MN. Ernie, as he was called by family and friends, lived life to its fullest.

Growing up in MN with 2 brothers, he enjoyed sports – hockey, basketball, football – though suffering from polio in his youth didn’t allow him to participate in sports as a player; instead, he found that he did pretty well as a manager for the high school team. When speaking about growing up in Eveleth, he reminisced about bike rides with his buddies, picking blueberries in the summer (eating half of them before he’d get home) so his mother could bake blueberry pies, rough-housing with his younger brother and eating whole loaves of his mother’s freshly baked bread. After graduating from high school in 1949, he went to the University of Minnesota, Duluth but with the Korean War beginning and a low draft number, Ernie chose to enlist in the US Air Force with the dream of becoming a pilot. Unfortunately, because of polio he wasn’t able to fulfill that dream. Instead, he went into Pacific Intelligence which led him to Japan soon after boot camp where he met the woman who would soon become his wife, Fumie. They were married in 1954 and had 2 children – Katherine Margaret and Daniel Francis.

Throughout his 20 year career in the US Air Force, he traveled extensively both alone and with his family. With just a little over a year before he was scheduled to retire, he was sent to Da Nang, Vietnam. After returning to March AFB, Ernie opted to retire and begin new endeavors which included a position as Safety Engineer at Sunkist Lemon Products Division in Corona, part-time instructor at California Baptist College (University) and a 20+ year career with Riverside Police Department. Ernie was initially hired as an analyst for Crime Specific Burglary, a grant funded project. After funding for that project ended, he was hired as a programmer. Over the years, he worked his way up to Director of Support Services. He was in charge of all non-police employees until his retirement in December, 1996.

All through the years, Ernie was an eager learner and teacher. He completed his bachelor’s degree at Sophia University (Tokyo, Japan) and continued with his education to earn 2 Masters Degrees at the University of Southern California. The love of education was evident when he taught English, part-time, to businessmen at the offices of Japanese Telephone and Telegraph Company in Tokyo. His family often found groups of Japanese college students gathered in the family living room where Ernie would conduct conversational English classes. Even while working at Riverside PD, he found time to teach programming classes at California Baptist College and as a volunteer teaching adults how to read at the Riverside Library, La Sierra Branch.

After retiring for a second time, he and Fumie began traveling and taking cruises. When they weren’t traveling, they were regulars at the gym and volunteered with Riverside’s Sendai Sister Program until Ernie was diagnosed with Alzheimer’s Disease in 2005. While he and Fumie continued to travel, it was becoming more difficult with each year that passed. It was due to complications from dementia that caused his death.

Ernie is survived by his wife of 68 years, Fumie; daughter, Katherine; son, Daniel (wife-Caren); brother, Robert (wife-Pat); 3 grandchildren; 7 great-grandchildren; a niece and 3 nephews. He is preceded in death by his parents, Ernest and Frances Hautala; his older brother, Bernard; sister-in-law, Marge; and niece, Sarah.

Funeral Mass will be held at 10:00AM on Wednesday, February 1, 2023 at Queen of Angels Catholic Church, 4824 Jones Ave, Riverside, followed by 11:30AM graveside service at Riverside National Cemetery, 22495 Van Buren Blvd, Riverside. A Celebration of Life Luncheon will follow the graveside service at a location to be arranged.

In lieu of flowers, the family suggests memorial contributions be made to the Alzheimer's Association (www.alz.org).

To send flowers to the family or plant a tree in memory of ERNEST FRANCIS HAUTALA, please visit our floral store. 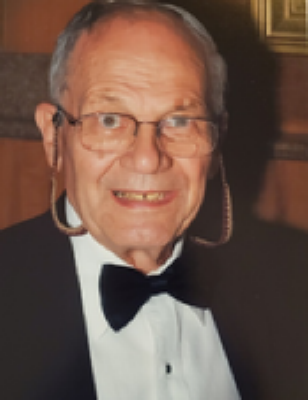